In December I celebrated Christmas without my family for the first time. It was pretty sad because Christmas is celebrated very differently here, especially less festively. The church was beautifully decorated, but in the houses it was almost as always. The turn of the year turned out to be the same. Since, as in Germany, fireworks and gatherings were forbidden, we stayed at home too. In addition, there was the news that due to the virus mutation in England, all flights from the affected countries to the Philippines were suspended. So also flights from Germany. So I'm really stuck here. In Germany, the first vaccinations started on December 27th, but, as I heard, very slowly. At that time vaccinations did not strat in teh philippines, there was only the talk about a vaccine from China that is only supposed to have a 50% effect. 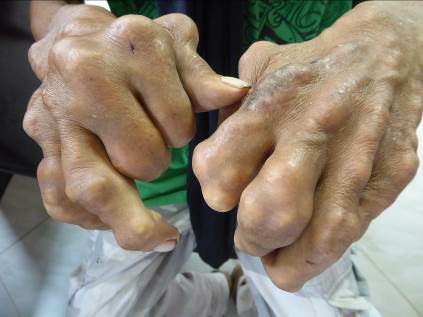 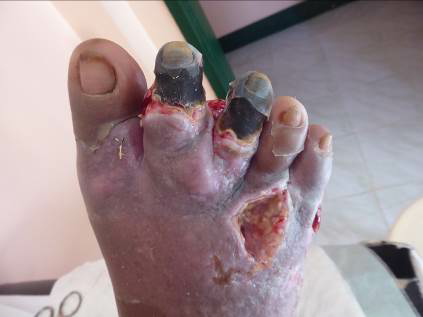 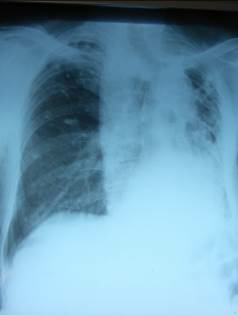 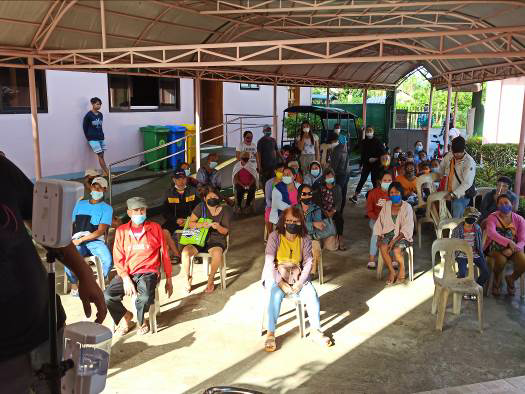 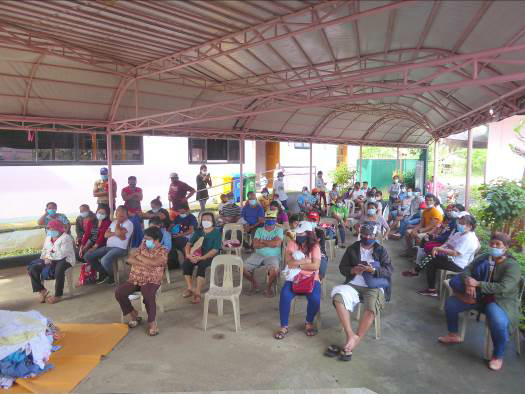 It is real gain as the latest technology is included. We had hoped that the first dentists would be able to work on it in February, but the world situation did not allow it until now. There are no visas for the Philippines and foreigners are still not allowed to enter. We hope that sometime this year it will be possible again and that dentists will come to us. The need and demand for dental treatments is huge and we are now well prepared. In between, even I had to take the forceps and pull teeth to help the patient. It's good that I've been able to watch so often over the years and so minor issues can be tackled. In Catarman, prices are still very high, so patients avoid the dentists there because they don't have the money for the treatment.

At the same time, the doctors from the USA also canceled, so that the outpatient operations will also be suspended the first time after 14 years. They were able to send their materials, but all operations have been postponed until spring 2022. Let's hope they can come then.

On February 21st, Typhoon Auring (international name Dujan) grazed us, the first typhoon of the year. Thankfully, there was no major damage to the buildings. Large areas were flooded and a large part of the rice plantations washed away, with catastrophic consequences for the farmers, but no evacuations took place. Even in the village, , the roofs of the very simple huts held up for the most part. As always, we helped where it was needed.

As every year, we had a “soup kitchen” in the clinic. This is a recurring action and not only pleases the patients but also the children and the people who just come by. Because many people no longer have a job, there is often not enough food for everyone in the families, especially since the harvest was damaged by the typhoon, as already mentioned. 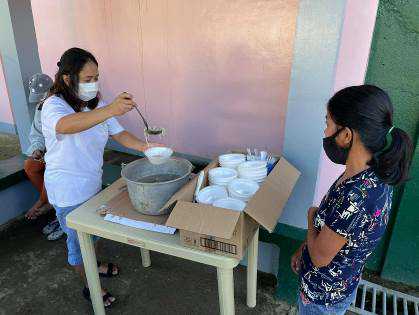 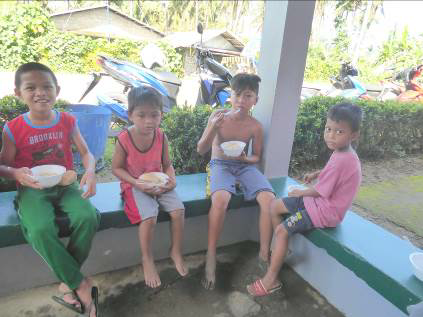 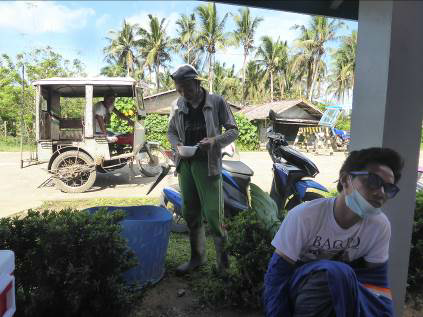 We have almost 100 children in our nutrition program. They are divided into 7 groups. The children are still our most important concern. The parents are very grateful to us that we can keep the program going, since unemployment has also created bottlenecks here. Many are only day laborers and do not know whether they will have work the next day. Through this program, the children get a warm meal once a day and are visited regularly, so they are treated in the clinic when they are ill. We have had this program for years but it has never been more necessary than it is now during the pandemic.

Our boxes arrived in mid-February. The Meyer family had again packed your donations and had sent them on the long journey. The boxes arrived in best condition, the boxes are glued so well. Packing is a lot of work in order to make the best possible use of the space. The journey of the boxes to us in Bugko always takes almost 3 months. At the moment caused by the pandemic even longer. We always find customers for the empty boxes, as they are often used as sleeping pads or for storing clothes. The common people here don't have mattresses or wardrobes. At the moment there are again boxes on the way to the clinic.

Thanks to everyone who again donated medication, medical aids such as walking sticks, glasses, etc., as well as clothing, shoes and toys. Everything helps and is distributed where it is needed most at the moment. 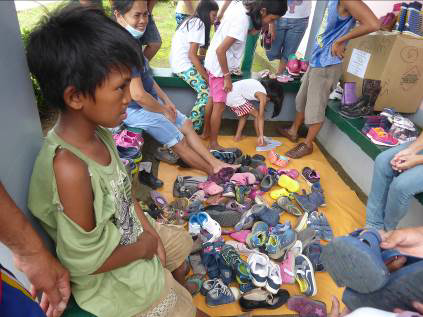 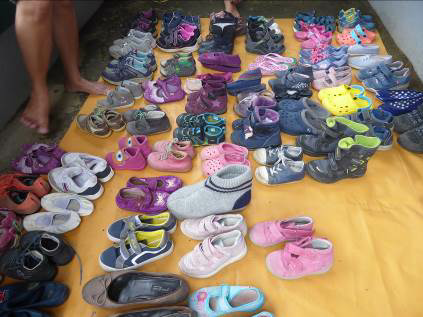 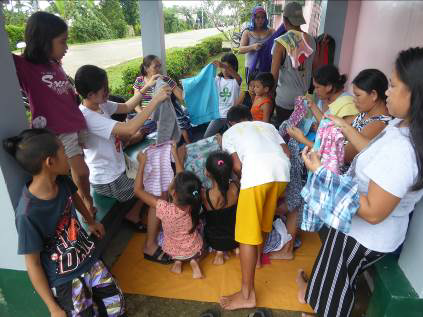 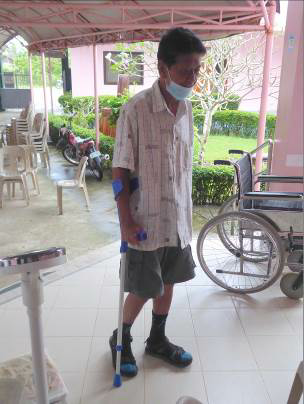 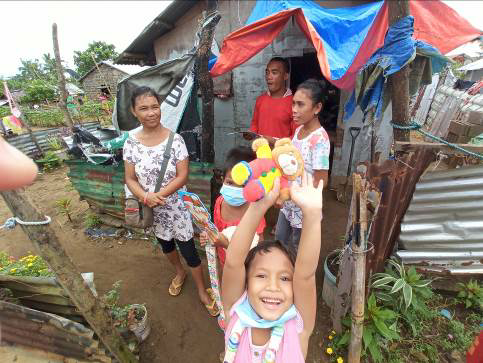 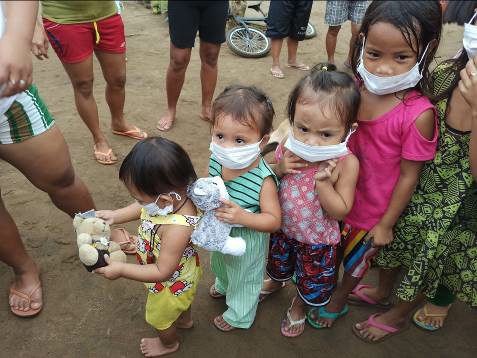 On February 28, the announced vaccine from China arrived in Manila. The 600,000 vaccine doses will first be distributed to doctors and nurses and the military in Manila. Four days later, 525,600 Astra Zeneca vaccine doses also arrived in Manila. A drop in the bucket, as at least 70 million people in the Philippines need to be vaccinated to achieve a certain level of immunity. So it will take some time until this immunity is achieved, as the vaccination program starts very slowly here too. In addition, the government is not yet ready to allow large companies, for example, to take care of the vaccine themselves. Another problem here is politics and so those who work on the front lines are not always vaccinated first. We in Mabuhay have also registered our volunteers, but by the time you receive this letter, none of us has been vaccinated but we are currently seeing almost 100 patients a day from all over the province. Unfortunately, there is almost no testing, so hardly any residents who where tested positive are known here. So every day is fraught with great risk and we are happy and grateful that everyone has stayed healthy so far.

At the beginning of March we got another piece of good news. From the relief organization of German Dentists through Dr. Klaus Winter got the confirmation for a bigger generator. Our old generator has too little capacity to supply the entire clinic in full operation. We are very grateful that Dr. Winter supports us in this matter, because our province is being hit increasingly by a large number of power outages that can last from hours to several days. The relief organization of German Dentists has been by our side for years and supports us whenever we need help. Unfortunately only the delivery was delayed because on March 29th, Manila and neighboring regions went into another complete lockdown. Due to the new variants, which of course also crossed the Philippine border, the number of infections rose dramatically. In April with up to 15,310 new infections in one day, 167,279 infected nationwide and 382 corona deaths in one day. Even after more than a year with Corona, these were the highest numbers measured and that after a one-year lockdown in the Philippines. Nobody expected this as the regulations were very strict all year round. We use the waiting time to build the new generator house so that the new generator can move in soon. 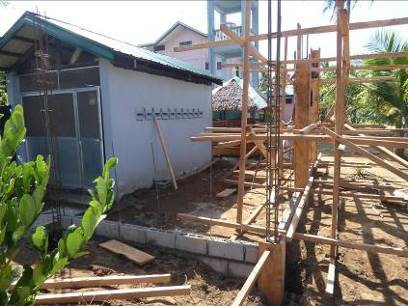 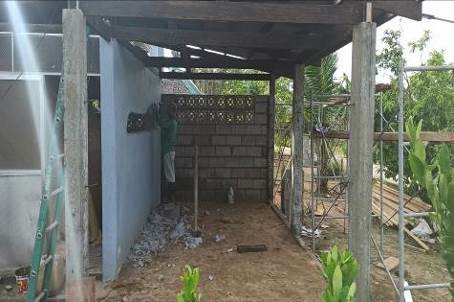 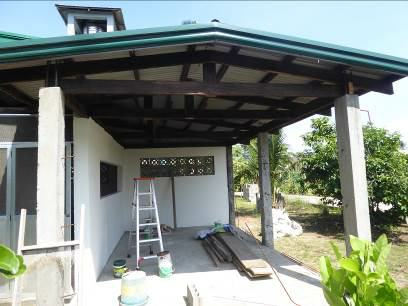 For our laboratory we needed a new diagnostic device for the thyroid examinations, since hardly any reagents were available for our old device. This is also triggered by the pandemic, as the reagents come from outside the country. We see patients with thyroid diseases almost every day and therefore it was an urgent purchase to be able to provide the patients with targeted medication. 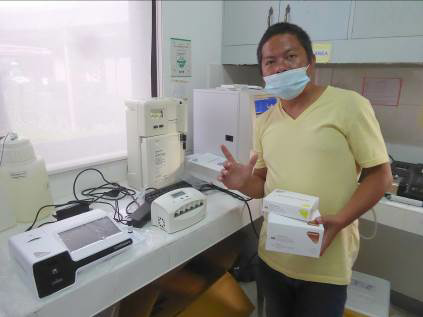 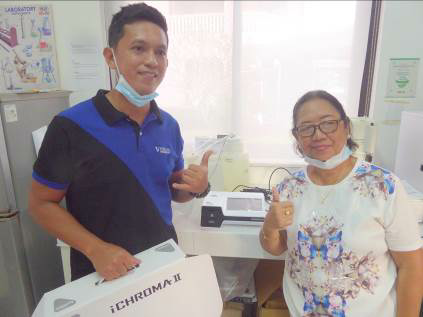 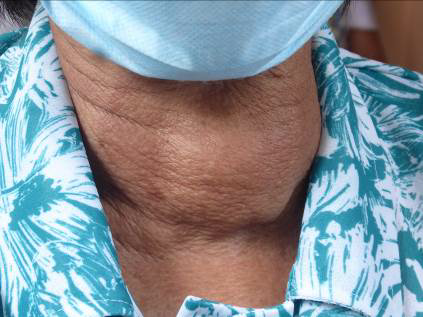 We have not yet been able to solve one problem and that is the repair of our X-ray machine. A technician is not available and so far everyone we have consulted has said that it is very difficult and it would be better to replace it. We urgently need it because many of our patients come with respiratory diseases and a quick diagnosis is necessary. Tuberculosis is still one of the biggest problems in the Philippines and it is always very costly to send patients to the city for x-rays because it is very expensive there and valuable time is lost.

We have had exciting and not always easy months as you can see from the length of the report. Many problems had to be addressed and so I thank you for your various help and your memory of us here. We also think of you and we follow the development of the corona situation in Germany in the news.

With the wish that all of you stay healthy, I greet you with cordial solidarity